The end of the WWW?

This headline is not clickbait. Trump’s FCC chair openly states he wants to destroy net neutrality and his past voting confirms that, as an Obama FCC commissioner.

This looming loss of freedom stems from a willful and ignorant belief: Capitalism works better when unregulated.

Better, but for whom or what?

The truth is unregulated capitalism will use human beings as a resource for its own mechanism, mercilessly.

Imagine that ATT can charge you extra for watching YouTube because they don’t own it. Imagine getting Facebook for free because they bought out Verizon. But if you want to use Snapchat, well thats the “Video Plus” internet package that costs 25 extra as an add-on. Of course, this is because Snap Inc is under corporate siege to sell out to Viacom.

You’re a startup or entrepreneur, and you’ve got a new video app idea, too bad.
It’s 2019 & Snap Inc just sold out to Viacom and so now they charge a “free market” .10/mb to your app for all that extra bandwidth your users eat up. This of course is on top of Amazon’s free market S3 bandwidth you already pay for.

See where we are headed?

There are two spectrum ends towards perpetuating the species: animalistic or conscious.

Do we survive at any cost? Or do we leverage technology to create well-being for most who are born?

Tack-sharp attorneys don’t grow up dreaming to be an exec for Philip Morris or the Net Neutrality demolishing arm of the FCC. But animalism will always find a way to fill the position.

At what cost are conservatives rolling back abortion funding and gay marriage laws?

Have Republicans truly lost their way, manipulating conservative values to build animalistic machines of greed? Have they colluded with corporate bullies to feed their fear-driven version of survival?

The notes on the page look terribly fascistic. We are about to hear how they sound.

No doubt there is a scared little boy or girl inside us all, driving us towards survival.

But with what method or cost?

If progressives fight over the next 4 years to save these freedoms; we can’t afford to prop up another political dynasty again. We could lose it all, forever (if we haven’t already).

Most didn’t want to see the Clintons in power for 16 years, or any family for that matter.

“Doing it the way its always been done” by the Dems is partly to blame.

They did it all the way out the door. We play the media war, propping up Russian hacking and NSA/CIA against Trump without releasing any real evidence to the public.

“And when memory failed and written records were falsified—when that happened, the claim of the Party to have improved the conditions of human life had got to be accepted, because there did not exist, and never again could exist, any standard against which it could be tested.” ~ George Orwell, 1984 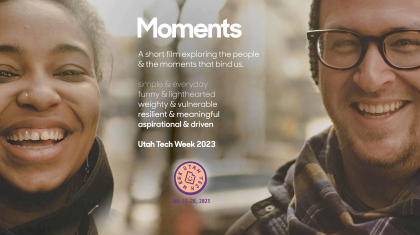